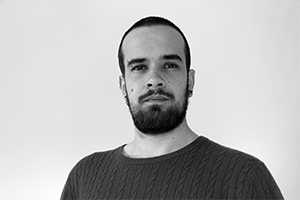 Sylvain Tegroeg is a French illustrator and product designer, currently living in Amsterdam.

Born Sylvain Georget, he likes using his name in reverse, Tegroeg, also because it sounds more of a Dutch name. At 25, Sylvain has just graduated from the Gerrit Rietveld Academie, he has a bachelor in Applied Arts from Lycée Choiseul, Tours and a professional degree in Product Design at ESAAT, Roubaix where he learned the basics of industrial design. He works as a freelance illustrator and his projects range from magazine illustrations and hotel concept art to art for mobile game apps.

You are a product designer who also does illustration. How did you start this career, as an illustrator? Did you know from the beginning you wanted to do this?

By making product design, I always used illustration as a medium to visualize my ideas. This is something that I kept doing for years now and that is the fundament of my creation process. When I was a child I wanted to be bridge builder in New York, then, more rationally, illustrator and product designer. 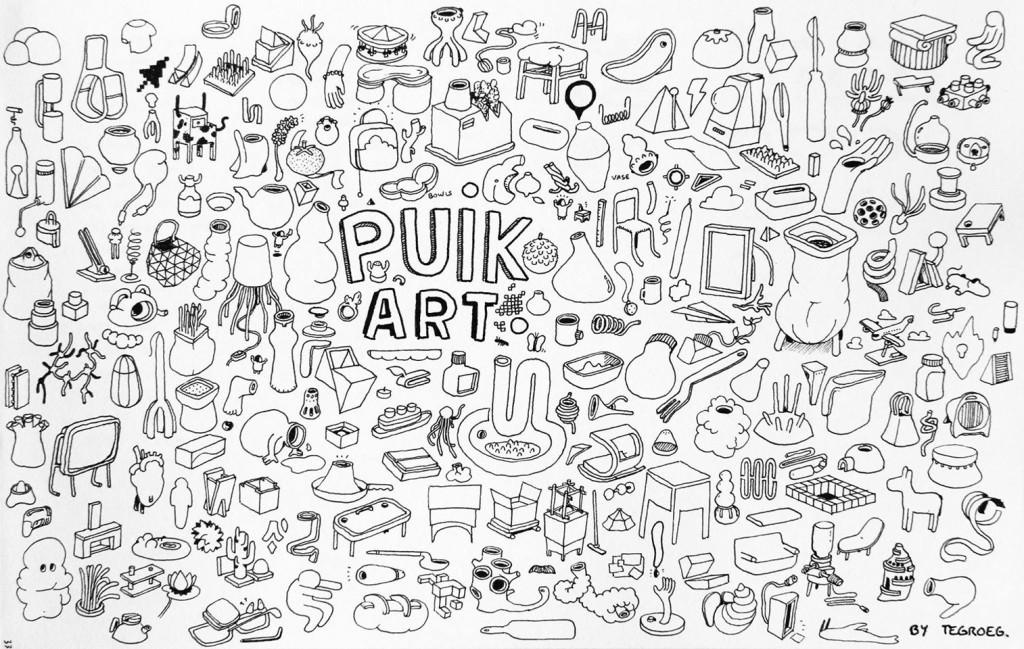 Having studied Applied Arts, I have got a multi disciplinary education, after that I had to choose which path to take. I felt already confident with industrial product design projects, and the personality I developed into sketching and thinking was pretty up to product conception. 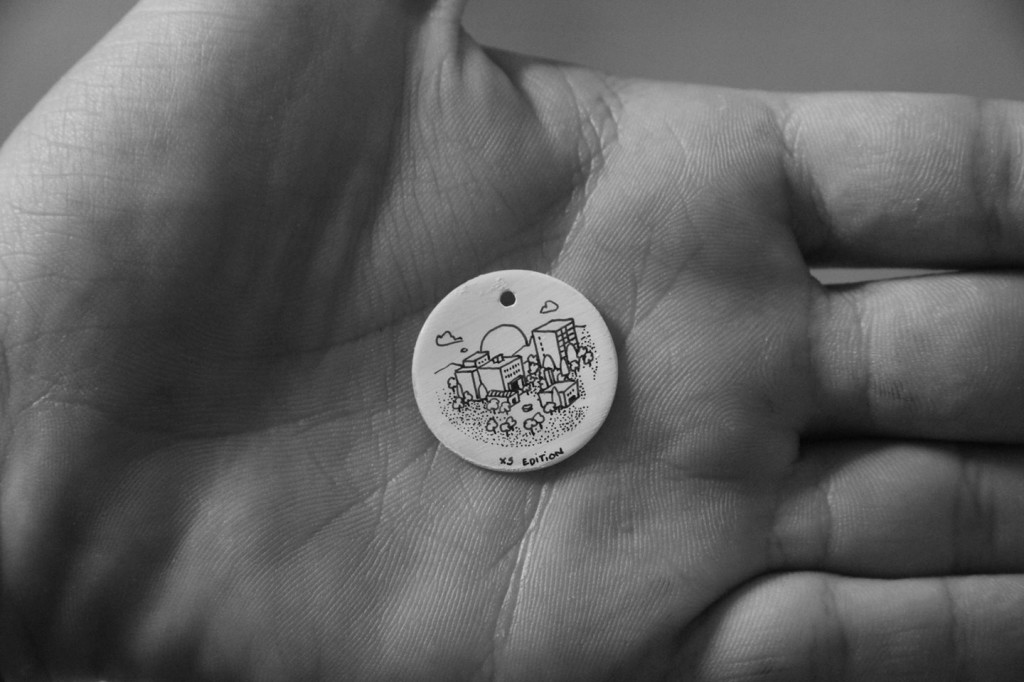 What kind of work do you do, as an industrial designer? What projects do you usually work on?

I always been interested in any kind of objects, preferring conceptual and story-telling objects to industrial and standard ones. I really like an object with character if I may say. It has to communicate, interact with surrounding, have a certain sense of aesthetism, and those are qualities I find trough illustrations too. I like to play with the balance of design and art, there is nor white nor black, only shades of grey. 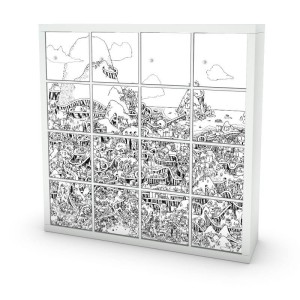 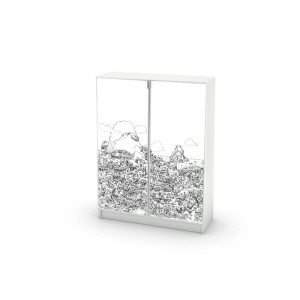 I had a lot of trouble in the beginning, when I was dealing with visualizing my ideas, I didn’t have enough experience and it was pretty frustrating not to have the skills for it

Do you think that your studies on product design have influenced your art? How?

Certainly! It forwarded me to have the basic skills in illustration but also 3D, and then the required level to explore my own world. I remember I had a lot of trouble in the beginning, when I was dealing with visualizing my ideas, I didn’t have enough experience and it was pretty frustrating not to have the skills for it. I still have few of those moments, but by experience I always adapt myself and find a way to solve the problem. Bad for good.

Your illustrations require a lot of patience, due to all the details carefully lined. How long does it take you to do an illustration?

That’s a ”Monk work” as people would say. It’s around 16 hours for an A4 format full of details. 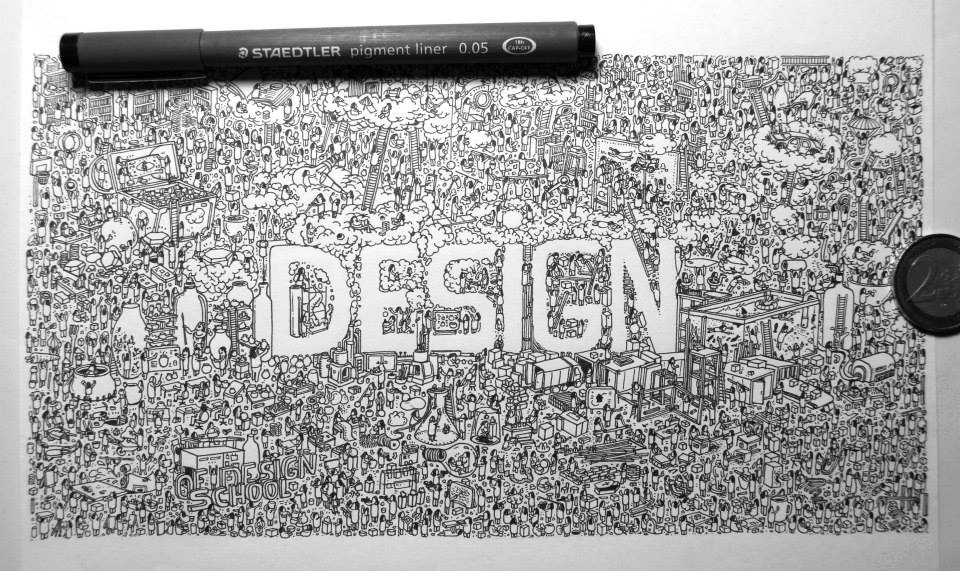 You are currently a freelance illustrator. How do you find projects?

Yes, I had already been freelancing, beside school. I wanted to have further experience next to my studies so I could start working seriously after my graduation. Finding projects is always a mission for a freelancer, but let’s say it’s part of the job! I’m always trying to find potential collaboration, by thinking how I could bring something new out of my illustrations. This is always worth trying! For example, I recently did front board signs for a new concept hotel in Amsterdam. I am now still making illustrations for several magazines in Amsterdam, and am presently working with a developer to create a video game application out of my drawings.

I feel that I am often inspired by architecture, patterns, and geometry

Do you work digitally or traditionally? What materials do you use?

I work traditionally! I am using mainly Rotring pencils, fine liners are my favorites. Once I go digitally, i always take care to have the best scan of my work, so it comes out as authentic as on paper. When it aims to be published in a magazine, it might need some retouches and that’s here the only part of digital in my work. 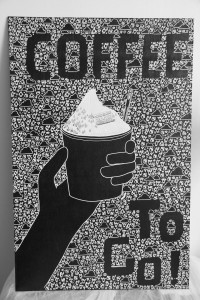 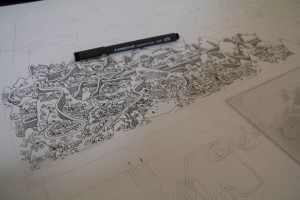 What usually inspires you, when you start out a new illustration?

Anything! Everything I see! I think the brain is somehow like a sponge, that consciously and unconsciously absorbs information. But I feel that I am often inspired by architecture, patterns, and geometry.

You also do a lot of animated work: gif illustrations. There are a few artists who do this, at the moment, but it isn’t something very popular from what I know. Are those commissioned, is there a demand for animated illustrations, or is it personal work?

It is quite something new for me too! I have for a longtime wanted to make a bit of animation out of my illustrations, however I didn’t have the right tools yet, and it’s only recently that I tried it out.

I contacted the magazine, we met and I showed the potential of a collaboration

One of the magazines you are collaborating with, as a freelance illustrator, is Uitkrant Magazine. How did you get the job?

It was pretty spontaneous! I was following the magazines in Amsterdam to look at what was happening, and I thought it would be awesome to have illustrations published that way! I contacted the magazine, we met and I showed the potential of a collaboration. They liked the style and proposed me to make illustrations to come with a monthly reportage: Amsterdam’s squares. I have also been lucky to say, the magazine was at this moment willing to change its setting so it was the good timing.

How does this work, in terms of payment? How do you charge in this type of collaboration and what are the rates?

This is work I do as an illustrator, and am paid per illustration. This is something that we agreed with the magazine, however I generally fee per hour for any type of work (3D modeling, illustration, product,…).

I think the average rate on the market is around 15 euros per hour minimum for a starter designer. I generally rate in between 10 and 15 according to the work. I don’t want to be ambitious, and if you had the choice: Would you prefer have a high rate and get known for being expensive (then have less clients)? Or having a modest rate (in a way, being more transparent) and being more known?

As a starter, I don’t wanna be too ambitious, but as my first year of freelance worked quite well, I plan to rise slightly. 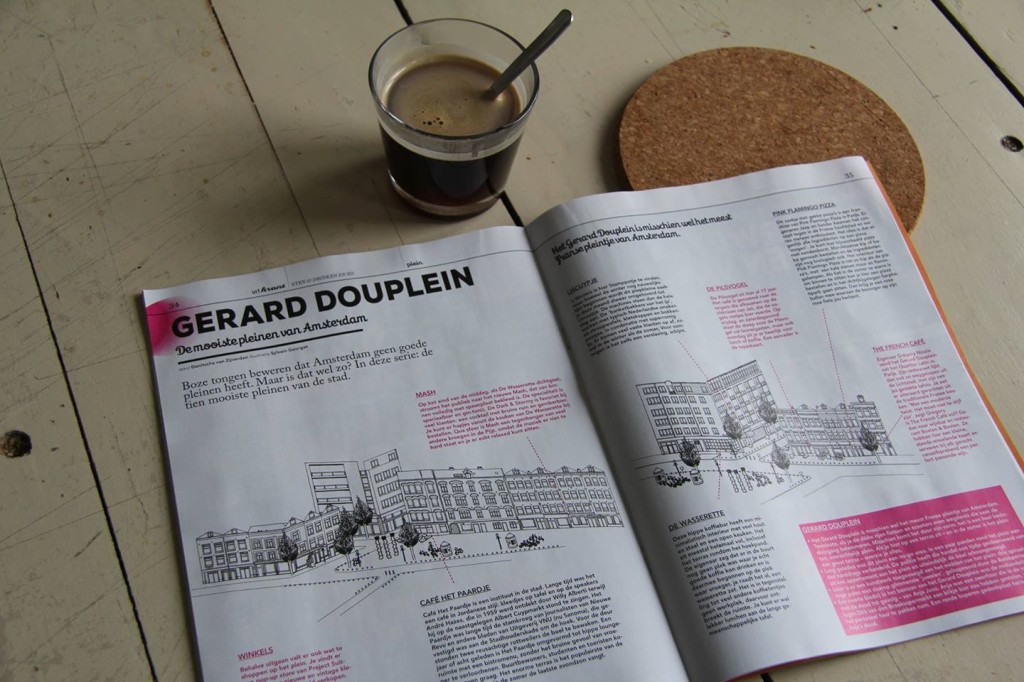 What is the process, when creating a new illustration for a magazine? What are the steps, from when you start, until you deliver the final illustration?

I always start with my draw book, a simple sketch to have an overview, arrange the composition. I give some try-out and find a way to represent what would fit to the demand. Once it is clearly visualized, I start the illustration. I only use a few guidelines, the rest is hand-drawn directly with black pens. Once I am done I scan and save a digital copy, if necessary some retouches, I try as much as possible to keep the authenticity of the work. 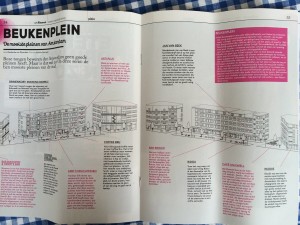 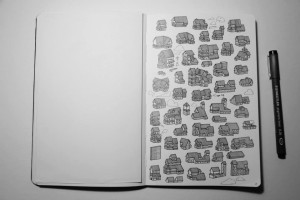 The art community here is a big family, network. Amsterdam is one of the rare European Capital Cities to have such concentration of artists and creatives

You had your work exhibited at the Open Draw – Summer Weekend. Was that your first exhibition so far? How was it?

It was my first exhibition in Amsterdam, and had a lot of good returns regarding to the work. It was nice to meet other artists acting in Amsterdam and discover totally different styles. It was pretty something! Those kind of events are so rare, but so inspiring. It was a première before the Graduation show coming later in July.

How would you define Amsterdam, when it comes to the art community?

It is a big family, network. I came here for studies as I was certain I would find my way. There is always something happening in the city; art events, festivals, and regarding to the art community, it is moving a lot. I think Amsterdam is one of the rare European Capital Cities to have such concentration of artists and creatives. It works more than well, and it gives this authentic energy to the metropolis. 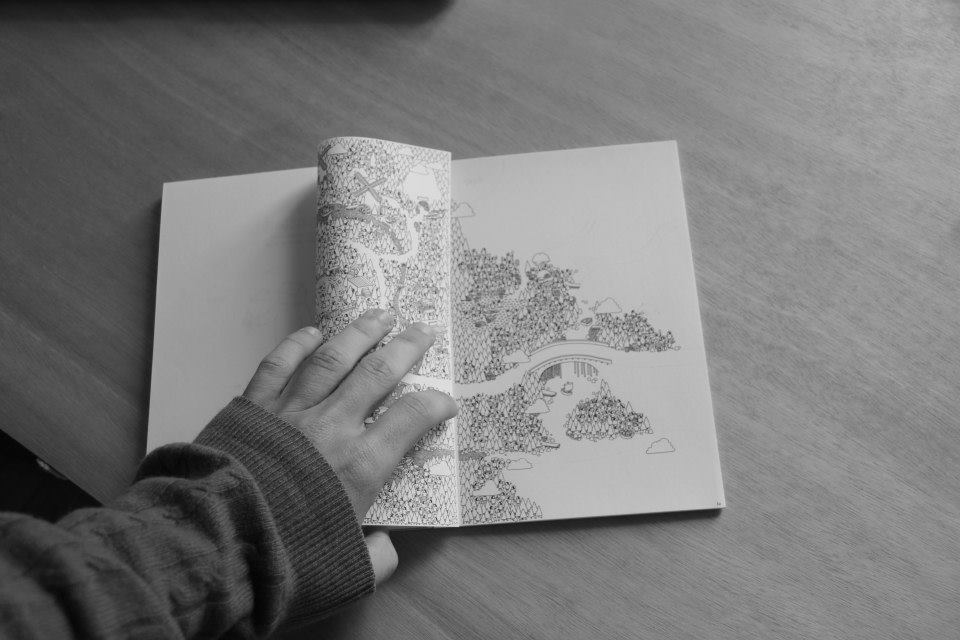